Today is release day for PHANTASIA – A Bad Day on Olympus, and I am pleased as punch. I had a lot of fun with this book and there were several intrusive characters that just didn’t want to keep the chatter down, so much so, that they wanted to steal the show. I’m sure you will be seeing a lot more of them in the books that will follow.

So without further adieu, TA-DA!! 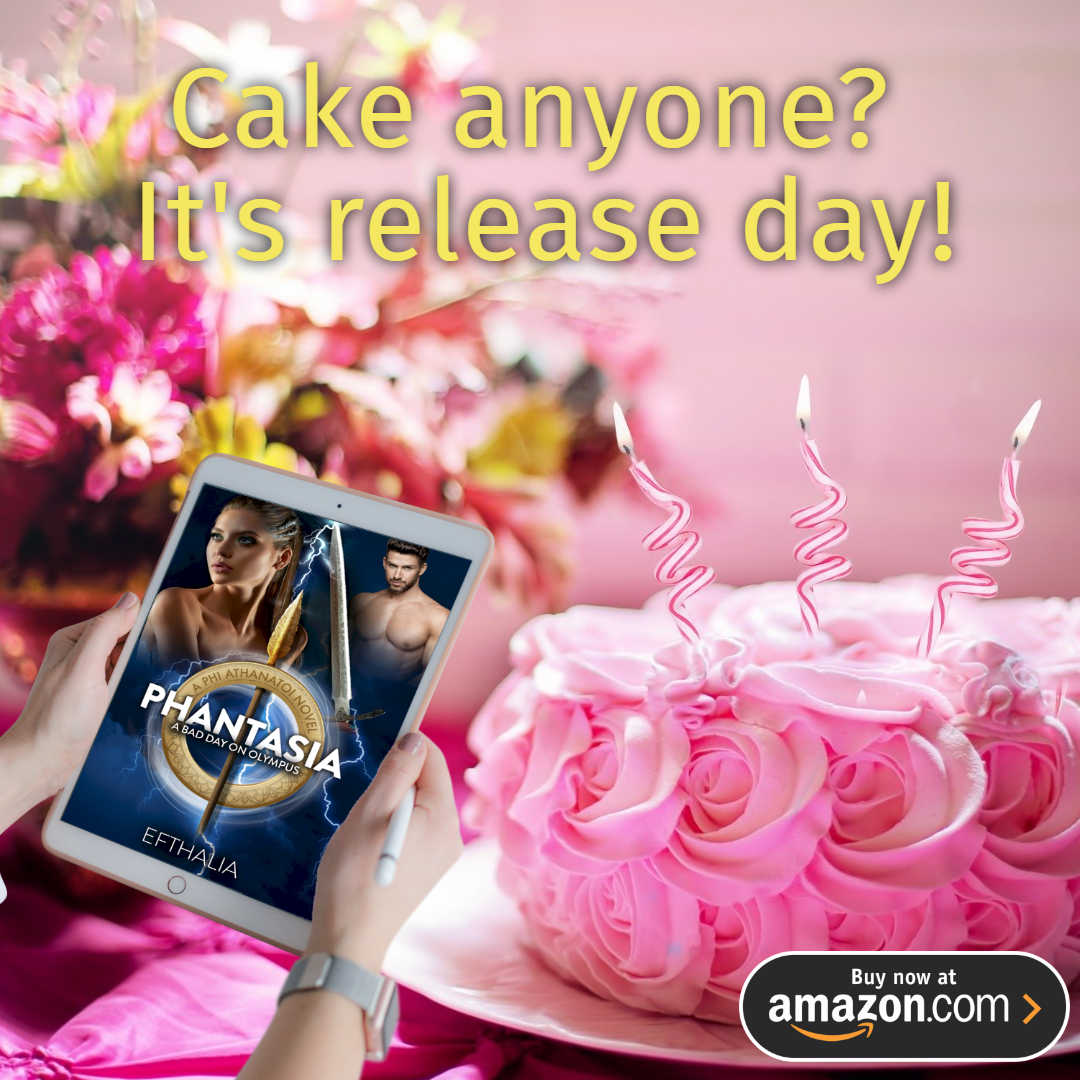 Torn apart by separate missions, can their love survive an impending apocalypse? 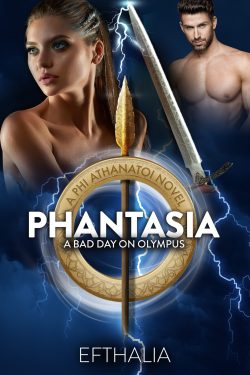 Demigod ex-cop Carissa Alkippes is hellbent on clearing her father’s name. But when she’s sidetracked into saving Zeus’ life, she’s forced into a dangerous mission to locate missing deities. To find them, she must face a horde of bloodthirsty demons.

Xen Lyson shouldn’t dwell on Carissa when he’s supposed to be stopping demons from feasting on humanity. But the sexy vampire worries her solitary journey to Olympus will put her in grave danger. And with absent gods causing devastating natural disasters, he must trust her father, Ares, to keep her safe.

With every mortal sphere at risk, Carissa races to retrieve a magical codex believed to hold the key to defeating her enemy. And when Xen discovers the true source of the threat, saving both humans and gods will put his own immortality in jeopardy.

In between battling Titans, gods, missing keys, and baklava can Carissa and Xen summon the power to conquer the sinister foe and return to each other’s arms?