Procrastination – Enemy of the Writer

One of the biggest distractions for any writer, is the triple headed beast, social media. It is evil incarnate, sucking authors into a dark abyss, a stench filled place that takes every ounce of determination to fight and climb back to the surface and towards the proverbial ‘light’. 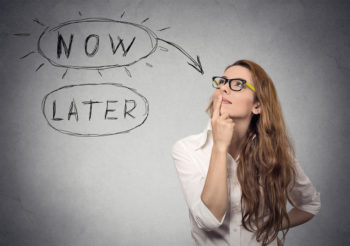 Well, maybe it is not that bad, but let us face the truth and the facts, none of us are immune to social media. Why? Because the un-necessry stuff we learn about other people is interesting and gives us something to giggle about and write about.

There is so much more, but you really do get the gist of it, and why it can swallow a chunk of your precious writing time.

A child has no trouble believing the unbelievable nor does the genius or the madman. It’s only you and I with our big brains and our tiny hearts who doubt and overthinking and hesitate.”

Pressfield believes that it is hesitation in the form of ‘resistance’ that causes the writer to stop from moving forward. This resistance is a villain made up of “fear, self-doubt, self-sabotage,” and can manifest itself like an ever changing chameleon in a multitude of wicked forms. The sole purpose of this chameleon, is to stop you form achieving your goal – writing. Thrown right in there with this ‘resistance’ is none other than, overthinking.

Did you know that around 20% of people avoid tasks which they believe are difficult, thus taking monumental steps to do anything but the one thing that needs completion. Why? Because they overthink, and by doing so they move deeper into procrastination.

So how does one move out of the procrastination faze?

Yes we have all seen a bazillion blogs and books about motivation, but motivation is only part of the process. To fulfil the idea we need commitment and discipline.

Discipline is embedded in commitment. Commitment is the time allotted to one’s work on a daily basis. Discipline is the act of completing what one has committed to.

In my crazy brain all of this makes sense. I do hope it has hit a cord with some of you. Honestly, we could all do with less social media (a.k.a procrastination) and do better with more time committing and being disciplined in writing our stories.

Note: All images paid for and downloaded from Shutterstock.