Me Tarzan, You Jane – A Review

Me Tarzan, you Jane! Those lines are stellar because they epitomize a simple and concise introduction. I grew up watching Tarzan movies over and over again and they never got old. So what does the re-booted version give us? Apart from the drool worthy abs on Tarzan (Alexander Skarsgård), it certainly gives us much more but that means taking a deeper look. This is what I took away from the film and why I gave it five stars. 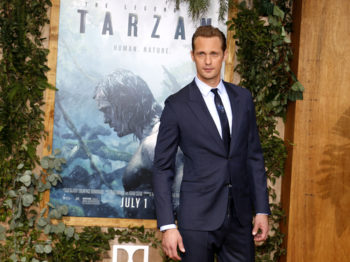 Firstly the big bang elements; the historical narrative is what pulls you in immediately. Belgium did commit unspeakable atrocities to the natives of the Congo. The narrative follows the exploitation of the Congo by King Leopold, a man who wants more than just coca beans, he desires the real prize – diamonds. The truth is that colonialism is ugly no matter how you approach this subject there is no easy feelings at the injustice caused.

As the layers of the movie were reveled, thoughts of a different kind flicked through my mind and they did not have anything to do with Skarsgård’s immaculate body and his spellbinding hip-flexors. No, what drew my attention was the parallel themes from Joseph Conrad’s “Heart of Darkness,” and those simple lines spoken by Kurtz, the Russian trader, “The horror, the horror.” Kurtz is brutal in his raids leaving a bloody path in his wake. Again the parallel on screen of Leon Rom’s (Christopher Waltz) character reminded me so much of Kurtz. Rom does not flinch at the loss of his men. Everyone is disposable in his quest. A complete analysis on both Conrad and Burroughs works, would illuminate the numerous similarities and not just from a philosophical and thematic perspective. Heart of Darkness and Tarzan both share striking parallels, in fact it is mirrored in the setting, plot and character portrayal. I will not go into that, as it will turn into an essay.

He is no normal man. He was thought to be an evil spirit, a ghost in the trees. No man ever started with less.”

As you get deeper into the story you can not ignore the unmistakable motif of identity dancing or swinging through the movie. Tarzan at the root of it all is a man raised by the Mangani. He leaves his life to join an aristocratic life in England. Where does he belong and who is he? Even Jane (Margot Robbie) confirms that he is far from the usual stock. “He is no normal man. He was thought to be an evil spirit, a ghost in the trees. No man ever started with less.” These lines clearly allude to the difficulty in categorizing Tarzan. I think Tarzan has some serious identity issues! 🙂

The movie is also heavy with symbolism. These are some of the things that give you the proverbial slap in the face, even if you are not looking for them.

There is also a scene that brings us smack bang into the present and that is the ugly subject of elephant poaching, the ivory being a source of funding for armed groups. It is very hard to ignore the reality of it. I might leave it for you to ponder when you see it. Again this will turn into an essay if I keep going. 🙂 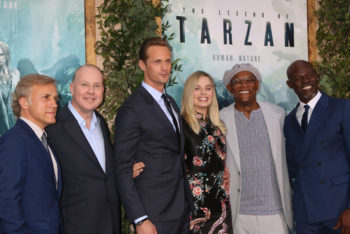 At the heart of my inner critical assessment is one thread that tests the boundaries of human relationships, and that is love. The love that Tarzan has for the family that raised him and the love he has for his wife. There is just enough of Tarzan’s and Jane’s relationship to allow for the emotional moments in the movie. This all adds to the rhythm and pacing, allowing the audience the right amount of ups and the downs. I would have liked more Tarzan and Jane scenes but then that would have changed the rating. 🙂

…should be controversial, informative and most of all entertaining.”

To sum up, a good movie should be controversial, informative and most of all entertaining. For me Tarzan certainly hit all the right spots. I walked away asking myself a few questions and thinking about the consequences of imperialism. Tarzan wasn’t just about the special effects and those drool worthy abs which are everywhere on the internet. I walked away feeling it was more about the physical and psychological journey to heart of Africa and the hypocrisy of imperialism.