So glad you could pop in and share a little about yourself and your writing. 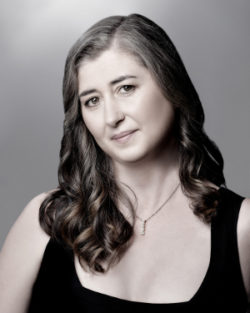 1. What is the theme of the book you are working on?

At the moment, I’m working on The Miana Prophecy. The themes will follow on from Trelloran Seduction, but some of the themes will be accepting our own weaknesses and deficiencies, even if this means accepting that we’re struggling against something we can’t control—things like mental illness. Of course, the other overarching theme will be deepening intimacy and trust between Kaitlau and Pietah. I’ll also be talking about poverty, wealth and war. Those are deep themes Georgia.

2. What was/is one of the hardest things about writing one of your books/current manuscript?  (Did you or do you want to throw it into the fire like Frodo?)

The hardest thing about writing is struggling against the chaos of life, long enough to put words down on paper. I often find myself in the position where I am off in a story world, experiencing what the characters are experiencing, but in reality, I’m sitting at green lights with the cars behind me beeping. A teacher said the following when I was surprised to learn that she reads fantasy, “Reality sucks.” What you’re saying here Georgia is so true, our stories are a wonderful way of escaping the harsh pressures or every day life.

3. Because everyone wants to know, are you a panster or a plotter?

Lol, I am both. I use a combination of inspiration (dreaming, mental images, videos, news events and current affairs) and consciously plotted material to create my stories.

4. How important are reviews to you?  Do you get upset when they aren’t favourable? (Like stalk the reviewer and wish they get infested with a thousand fleas.)

Reviews are important to me. I haven’t had a bad one yet, but that’s only because people are polite, I think. Everyone has their own way of viewing something. Obviously, I get upset when people treat my work as though it were crap. That has happened to me, just not in a review. As an intensely sensitive writer, the thought of a bad review makes me feel ill. As a publisher, a bad review is a chance to see where I went wrong. I can do better next time. Not everyone is going to like what we write so we do have to come to terms with the good and the bad.

5. How do you market your books?  (Stand at the top of a building and shout buy my book?) Any events you want the reader to know about e.g. Coming appearances or singing? (If you haven’t got any that is fine.)

I market my books in a variety of ways. The key is to create word-of-mouth buzz about it. Of course, that is easier said than done. You can see my website for updated events, but I will be available for book sales and signings at the Arts and Design Kirribilli Markets on 8 January, 12 February, 12 March. I am attending the ARRA conference in Melbourne (24-27 February), and I’ll be signing books there as well. If you haven’t got your ticket yet, get in now. You don’t want to miss out. I bought an extra ticket for my husband—he wanted to come to the Awards Dinner—that was a surprise. I will be signing books at the Writers Unleashed Festival on 19 August 2017. More dates will be added to the calendar as I go, but 2017 is filling up fast.

The Facebook party for Trelloran Seduction is also happening on December 16, 12-1 pm! Be there; I’ll be giving away prizes.

6. Social Media – Love it or hate it? Where do you hang out the most? Any tips to share?

Hmmm. Social media. I have a love/hate relationship with it. I like it because interacting with other writers and readers gives me support, but often, I don’t use it as effectively as I should. Facebook is the easiest for me, so quite often I go there if I need a break from something. My social media tip is that the algorithm owns you now—if nothing is happening, blame the algorithm. It works for me. Hahahaha. True.

7. What is your favourite motivational phrase or positive saying?

I am different, so what! It’s okay that I’m different.

If you want to know more about Georgia you can find her here at: 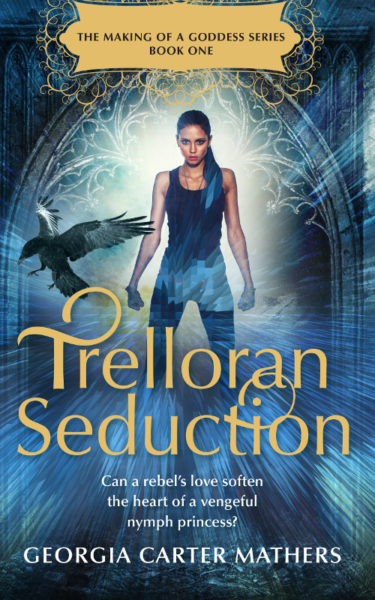 There is no such thing as an individual. All the humans think of themselves as units with predetermined roles, and they do not grow old with their lovers. The females are sacrificed when they turn thirty, leaving their male counterparts behind.

Princess Kaitlau is a nymph who can take any form. She is also a refugee. She came to Volen through the charmed window after escaping her prison on Trellora.

King Ganim, the vampire who is thought to have created Kaitlau, must be punished. She had thought he loved her as a father, but that could not be. Although he was never present in the chamber, the king had ordered the priests to repeatedly rape her. Merely punishing her father is not enough. She wants him dead. It will be done.

Kaitlau has been observing a particular rebel killing priests on Volen. He is just the one to help her. But feelings for the rebel start to emerge when he agrees to carry out her assassination plans, and gradually as they work together, love begins to matter more than revenge.